10 Global Trends for the next decade – 9- Blockchain and New Money.

The evolution of blockchain technology and new forms of money will be among the 10 biggest global trends that we expect to develop over the next decade.

I will discuss these 10 macro trends over the coming weeks, today, we’ll look at blockchain technology. I hope to get local business owners thinking about these mega-trends, and finding where the opportunities are. I look forward to your comments and feedback!

Some of these 10 global trends are bullish, and some may be bearish. The main point of the exercise is to understand why these trends are evolving and to work out how to PLAN, PREPARE and POSITION yourself and your business ahead of these trends and opportunities for maximum PROSPERITY!

In no particular order, here are the trends that I’ll be discussing in more detail over the next couple of weeks:

My Philosophy is simple, but the idea is powerful – something I learned from one of my greatest teachers.

I Provide information that I would want to know if our roles were reversed.

I work with business owners to take their business to the next level, and there are three pathways to do this: 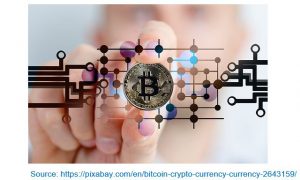 When we think of new forms of money, many will immediately consider Bitcoin as the solution to the new age of digital currency.

Bitcoin is the best known and most widely used of these alternative “cryptocurrencies”. However, the future of money is more likely to come from the tech platform that these ‘alt currency’ offerings adopt.

There is a very real probability that some of these alt currencies are going to make early adopters very rich (it has already made early Bitcoin investors wealthy). But just like every other bubble, the mania will cause some casualties. There are well over 900 alt currencies out there as I write. Not all will survive.

There are frauds and scams out there too – as greed always opens opportunities for predators, and dulls the senses of the impatient!

Jamie Dimon, JPMorgan CEO, says Bitcoin is a fraud – saying it was like the 17th century tulip bubble – and that it will eventually blow up. Dimon says he will fire anyone who traded it.

Bitcoin, and many others that have recently been launched are certainly speculative investment bubbles. Anyone dabbling in this playground should be using a very small portion of their portfolio – and be prepared for extreme volatility – and potentially total loss. A few speculators may get lucky.

The BitStamp chart below shows the spectacular rise of Bitcoin from $500 to $5000 per unit over the last 4 years.

As the key prerequisites of any form of currency include being divisible, fungible, stable, widely accepted and difficult to copy – we are likely a little short on some of these attributes to be able to call Bitcoin a currency yet. Though there are plenty of believers.

The real story is around the underlying technology that has been likened to a second internet revolution, it is the first stage of a shift in how we use data, accept and store transactions, and diversify storage in order to get some measure of security, anonymity and privacy back. Online financial transactions, and online personal details, are simply not safe or secure. Equifax’s hacking recently offered a brutal reminder of this fact.

The blockchain technology was developed privately to bring back this security and anonymity. It’s exactly that reason that governments are going to get involved in this arena. 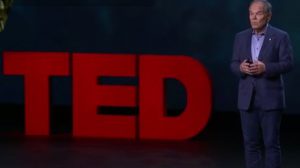 As the technology matures, it will disrupt the centralized financial services industry.

Like Uber and Airbnb, this technology will initially be deflationary as it lowers costs and destroy more jobs than it creates. But in time it will create easier access to the economy and open the financial system for greater uses.

Governments want to get their pound of flesh.

Blockchain technology works by authenticating transactions in blocks, across a multitude of machines in a distributed ledger – so is more correctly called Distributed Ledger Technology (DLT).

Governments know they can’t stop it, but they want to be able to regulate it, tax it and pry into it, and to control illegal activities. The technology relies on power grids, telecommunications infrastructure, and banking networks and all of these can be controlled by governments.

Here is the thing about Bitcoin and all other forms of cryptocurrency; It’s not going to be the ultimate anonymous payment system that most of the current investors and proponents believe.

The world’s governments want, and will get, their ‘Big Brother’ eyes on it.

In Japan, the banks there are getting together to launch something called the J Coin.

It’s a digital currency, and it’s designed to mimic the national currency — the yen.

The banks there are working overtime to protect their market share from major players Apple Pay and the Chinese giant Alipay, J Coin could offer commission-free remittances, instant transfers, and cheaper overseas remittances.

At present, there are still some significant hurdles in the speed of DLT transactions compared to processing times for credit cards like Visa. However, major shifts are starting.

A group of major companies, all regulated by government, have announced a joint effort to develop an open-source blockchain as a uniform standard for all blockchain applications. The group includes JPMorgan, Wells Fargo, State Street, SWIFT, Cisco, Accenture, the London Stock Exchange and Mitsubishi UFJ Financial.

There are already legal frameworks being developed to legislate and monitor activities and regulate aspects such as the initial coin offerings that have exploded recently.

On August 7, 2017, China announced they will begin using blockchain to collect taxes and issue “electronic invoices” to citizens there. China also banned all launches of new coins in the initial coin offering (ICO ) stage, and cracked down on alt currency exchanges. In time, China may well relax their status again once they have added enough regulation.

The IMF is pushing to recognize “permissioned systems” over “open schemes” and will include some form of DLT to make the SDR (the IMF Special Drawing Right) the global reserve currency.

The IMF admitted they want to make “the special drawing right (SDR) the principal reserve asset in the [International Monetary System]”. There is talk that the IMF will implement some combination of this DLT SDR on 1st January 2018.

The head of the IMF, Christine Lagarde, indicated a major shift is underway while addressing a conference in London last week, saying:

‘In many ways, virtual currencies might just give existing currencies and monetary policy a run for their money…

‘The best response by central bankers is to continue running effective monetary policy, while being open to fresh ideas and new demands, as economies evolve.’

One of the first countries to discuss replacing fiat currency with cryptocurrency like bitcoin is being heard from the Swedish central bank, Riksbank:

‘The Riksbank is investigating whether it would be possible to issue a digital complement to cash, so-called e-kronas, and whether such a complement could support the Riksbank in the task of promoting a safe and efficient payment system.’

We are seeing a changing of the guard, and traditional cash money is rapidly dying.

Whether this coincides with a launch of a new single or “global” form of money remains to be seen.

The replacement of the USD as global reserve currency will have a major impact on the dollar and on the fortunes of businesses that don’t plan around these changes.

So, what is a local business to do??

Paul Manning is a Business Coach and the Local Director of The North Coast Business Network and works with business owners in that group, or one-on-one, to deliver rapid and lasting business improvement.